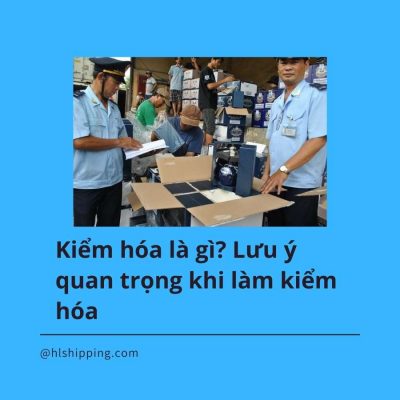 Shipping containers are the lifeblood of world trade: Virtually every product and part that circulates through the global economy travels across the seas, railroads, and highways ensconced in their corrugated metal embrace. But lately, those all-important containers are in short supply in the places where they’re needed most.

Indian exporters to North America and Europe are complaining that the wait times to find a shipping container can stretch as long as three weeks. British exporters say the shortage has delayed shipments to east Asia for up to two months. And in the meantime, container prices have nearly doubled.

The shortage of shipping containers is yet another symptom of the havoc the pandemic has wrought on international supply chains. As a result, freight costs are rising, which in turn leads to higher prices for consumer goods. “This matters in the near term because the supply issues will have a direct impact on inflation,” said Suresh Acharya, a professor at the University of Maryland’s business school who studies supply chain.

Why is there a shortage of shipping containers?

The problem isn’t that there aren’t enough shipping containers in the world; it’s that the containers are in the wrong spots. “The story of the last 16 months is a growing container imbalance,” said Harvard Business School professor Willy Shih. “What you see is a messy buildup of containers in places where they’re not supposed to be.”

The pandemic is the main cause of their disarray. When the initial outbreak of Covid-19 forced China and many of its neighbors into national lockdowns at the end of 2019, the region’s massive manufacturing sector shut down. Cargo ships that were already en route out of Asia dropped off hundreds of thousands of containers full of goods in ports across the Americas—but because of pandemic restrictions, they couldn’t load those containers back up with new products to send back to Asia. Instead, the containers piled up in ports and inland rail depots.

By the end of 2020, trade came roaring back. Unable to spend their money on in-person services, consumers dumped their disposable income into buying manufactured goods. Global supply chains sputtered back to life. But now overwhelmed ports—like California’s massive Los Angeles/Long Beach port—struggled to load and unload containers fast enough to keep up with the crush of ships waiting just offshore. Many ships, already running behind schedule because of congestion at the ports, decided to leave their empty containers behind rather than wait days to load them back onboard. As containers continued to pile up at major import centers, their supply dwindled at major export hubs.

To make matters worse, in March a 20,000-container cargo ship called the Ever Given lodged itself sideways in the Suez Canal. The six-day blockage further gummed up the circulation of containers and exacerbated the shortage. Brian Sondey—the CEO of Triton, a company that buys shipping containers from manufacturers and leases them to shipping companies—said on an April earnings call that the canal blockage was “the icing on the cake” of a terrible year for supply chains.

It seems unlikely that the industry will be able to end the shortage by simply making more containers.

There are three Chinese manufacturers that supply about 80% of the world’s shipping containers: CIMC, DFIC, and CXIC. They’ve already boosted their production to record rates, but it’s not enough to make much of a dent in the shortage. “Despite the factories ramping up container production activity at the end of last year and beginning of this year, inventories of new containers remain very low,” John O’Callaghan, head of operations at Triton, said during the company’s April earnings call.

Some in the industry have accused container-makers of keeping supply low to drive up prices. “The Chinese manufacturers are controlling what production levels are and what container prices are,” Tim Page, CEO of container leasing firm CAI, told Freight Waves. “And ultimately, if a shipping company has freight to move from China or someplace in Asia to Europe or the US and they need containers to do it and they don’t have those containers, that’s a recipe for rising container costs.”

The manufacturers’ reluctance to ramp up production too much is rational, according to Acharya. “While there is certainly a need for more containers now…the post-pandemic steady state will look more like the pre-pandemic times,” he said, “so building more now may lead to a glut of containers later.”

How long will the container shortage last?

Eventually, the shipping industry thinks the container shortage will sort itself out. “It is expected that the situation will improve, bottlenecks are expected to be relieved, buying patterns likely to normalize, as well as additional vessels and containers entering the market in 2021, means that the current vessel and container shortage is temporary in nature,” Lars Mikael Jensen, an executive at the freight titan Maersk, told Ship Technology.

How long that will take is anyone’s guess. Sondey, the Triton CEO predicted on the April earnings call that the shortage will drag into 2022: “I haven’t seen any of our customers express confidence that they can, within this current strong period, unbottleneck their operations…I think the betting is probably [that the shortage will be resolved] sometime at the end of this year or early next year when maybe the trade world starts to get back to normal.”

But any prediction for how the shortage will end needs to be taken with a grain of salt, according to Shih, the Harvard professor. He points to recent unexpected events that have exacerbated trade headaches, like the Suez Canal blockage or the coronavirus outbreak that forced China to close its massive Yantian Port. “This stuff keeps happening because there is not enough slack in the global supply chain,” he said. “I think [the shortage] will get better next year if more stuff doesn’t happen—but that hasn’t been a good assumption lately.”

HL SHIPPING CO.,LTD– Right from the first day of establishment, until today. We have many years of operation in the field of Logistics. HL Shipping Co.,Ltd has become a reliable company, provide logistics and shipping agents for large domestic and foreign companies. Our best services are transporting the Super weight goods domestic and regional, logistics, road transport, rail and air transport at home and abroad.